L.V. Twyford, Secretary of the United States Senate Committee on Banking and Currency, is writing to Governor Homer Adkins about a project designed to bring in 5,000 Japanese Americans to Otwell in Craighead County, Arkansas. 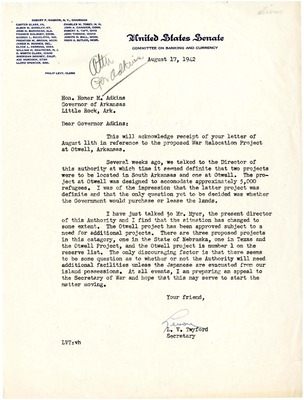