Newspaper article, "Educating Japanese up to the WRA" 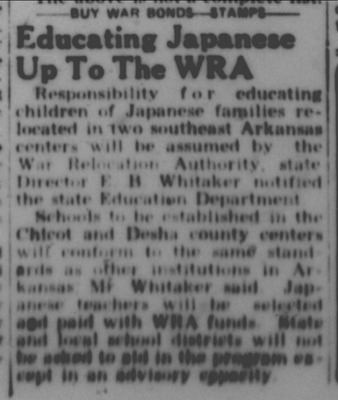