Article discussing the new employees of the relocation center at Rohwer. 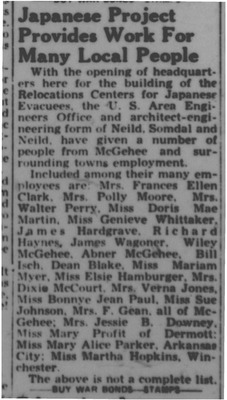