Article discussing a new requirement for foreigners from Italy, Germany, or Japan to obtain certificates of identification from the government. 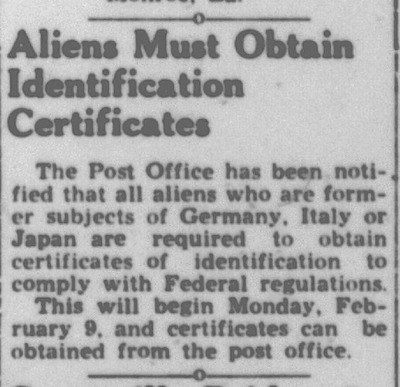