Fundraising letter asking for $10,000 to replace the memorial stone in Rohwer Cemetery and to maintain its upkeep. 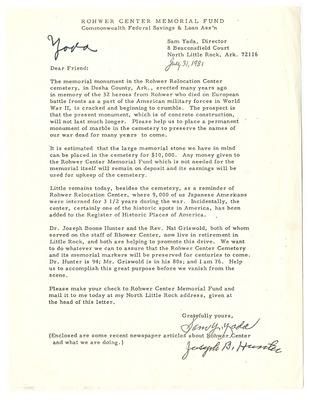