Dr. Hunter is thanking Senator Fulbright for meeting with him and Mike Masaoka of the Japanese American Citizens League about the possibility of the Rohwer Center Cemetery and Nisei GI Memorial qualifying for National Park status. Dr. Hunter states that he knew some of the young men who went from the relocation camps to the battlefields of Europe. 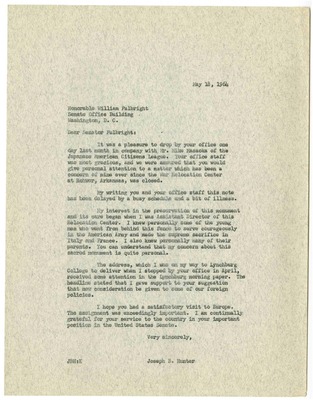