Letter from Mike Masaoka, the Washington representative of the Japanese American Citizens League to Dr. Joseph Hunter attempting to schedule a meeting time to discuss the possibility of having the National Park Service designate and care for a WRA cemetery and memorial monument at Rohwer, Arkansas. 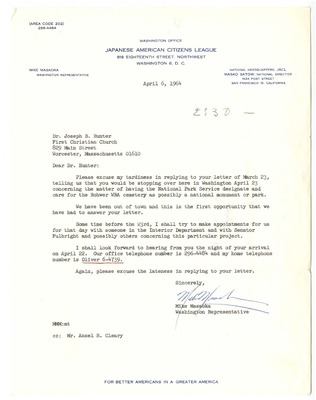