Newspaper article, "150 Evacuess Are Given Outside Employment In Week"

Newspaper article discussing Japanese Americans being given outside employment in Arkansas. 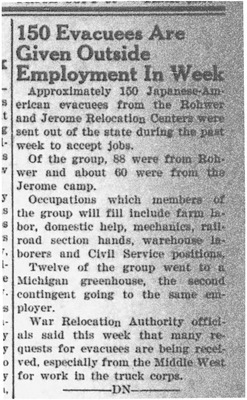