This article discusses the appointment of A.G. Thompson as head of Jerome Relocation Center schools. 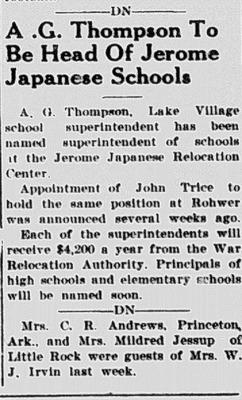