This article discusses "interesting facts" about plans for construction of the Jerome Japanese Evacuation Center as outlined by Jack Maddox, superintendent of construction for the A.J. Rife Construction Company. 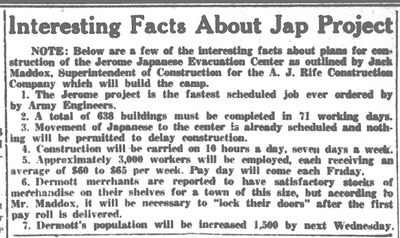