Newspaper article discussing a congressional interest in establishing a hospital on the former site of the Jerome Relocation Center. 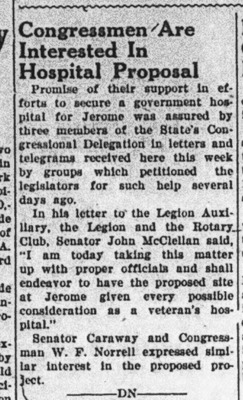