Newspaper article about Douglas Collier, doctor at Jerome Relocation Center, giving a lecture on missionary work in Thailand at the Presbyterian Church. 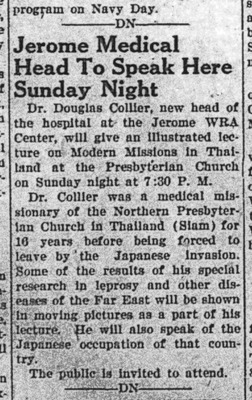