General comment by project director for the week ending January 16, 1944. 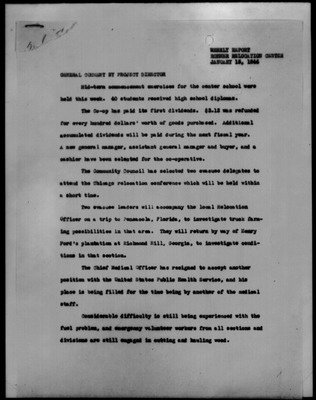