Fletcher, Sr., discusses how the U.S. Government is wrong about the South's rebellion being temporary. He insists it is the United States who are in trouble with their capitol becoming barricaded. He believes very soon Great Britain or France will force open the naval blockades so as to continue their commerce with the South. 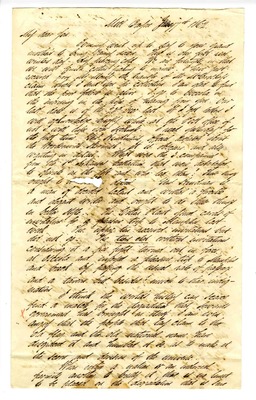