Fletcher writes to his father that after recovering from pneumonia, he now has a bout of neuralgia, which has caused him to miss two troop maneuvers. There was trouble in the Second Regiment when General Hindman appointed Colonel Marmaduke as commander. Fletcher's men have received blankets and clothing, thanks in part to his own efforts. He believes that a draft is needed and that the war could last 10 years or more. 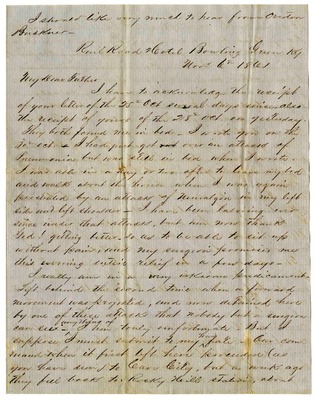