In this letter to his father, Elliot H. Fletcher, Jr., writes that his regiment is finally on the move and he writes of a deep desire among the men to see the Mississippi River again. He also expresses relief in marching further away from Missouri, where he believes the Confederacy has little support. As he is nearing Arkansas, he feels that he has re-entered civilization. 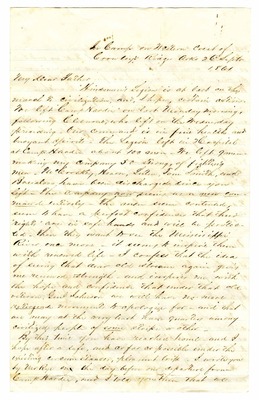