This is the indictment of James Bigger for beating to death a slave woman named Lucy.

Some cases are tragic to read. In this one, James Bigger used hickory switches to take out his rage on a slave named Lucy. He beat her so severely that she died from her injuries. The Grand Jury approved the charge of murder so that the prosecution could move forward. 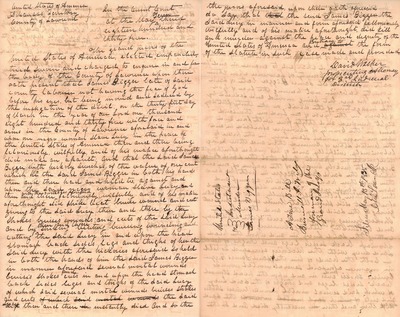