This is a court case in which the man named Wade is suing for his freedom from Elijah Bettis, who assaulted and re-enslaved him despite the will of his deceased father, Dr. Elijah Bettis, senior. According to the will written in 1835, Wade, a mulatto boy who was about 9 years old at the time, was to be freed upon his reaching the age of 20. 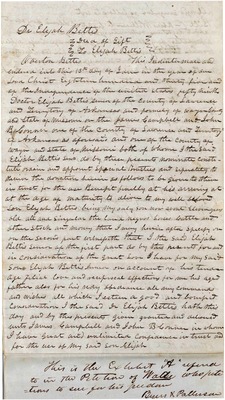