Western Union telegram sent from Major General R.C. Newton, Little Rock, to Colonel T.C. Flournoy, Pine Bluff on May 11, 1874 during the Brooks-Baxter War in Arkansas. Newton describes a successful skirmish in Argenta. He also notes that the legislature is now meeting and that it will be protected by federal troops. 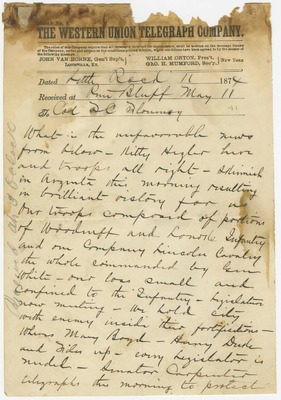