Western Union telegram sent from Major General R.C. Newton, Little Rock, to Brigadier General H. King White, Pine Bluff on May 9, 1874 during the Brooks-Baxter War in Arkansas. Newton says that troops are pouring in from across the state and asks when White will arrive. 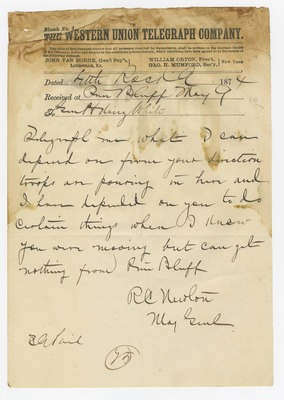