Governor George Izard's address to the Legislative Council and the House of Representatives, composing the General Assembly of Arkansas Territory.

Arkansas Territory was organized on July 4, 1819. The territory existed until the state of Arkansas was admitted to the Union in 1836. Arkansas Post served as the first territorial capital. In 1821, the capital was moved to Little Rock, where it remained. 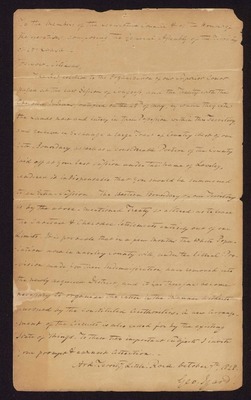