This is a plat of the city of Fort Smith and the surrounding area.

Fort Smith is the second-largest city in Arkansas, and one of the two county seats of Sebastian County. It lies on the Arkansas-Oklahoma state border, situated at the junction of the Arkansas and the Poteau Rivers, also known as Belle Point. Fort Smith was first founded in 1817 as a military post, and was expanded as a base during the federal removal of Native Americans to Indian Territory in the 1830s. During the 19th century, Fort Smith served as a Division Center of the Butterfield Overland Mail, and was occupied by the Confederate Army during the early years of the Civil War before Union troops under General Steele took control of the fort in 1863. Over the centuries, the town of Fort Smith has grown up to the east of the fort, filling the area south of the bend in the Arkansas River.

Charles Webster Leverton Armour was a civil engineer in the real estate business in Fort Smith. He was born in 1869 in Iowa to Charles Webster Armor and Elizabeth Leverton Armor, and had a brother, William M. Armor, and a sister, Sophrona Armor. He studied civil engineering in the University of Kansas. He was a member of the Phi Delta Theta fraternity and graduated in 1896. On November 12, 1896, he married Fannie (also spelled Fanny) Kelley. For a time after his graduation, he was division engineer for the railroad being built from Kansas City to the Gulf of Mexico. By 1903, he had moved to Fort Smith and had been the chief engineer for Fort Smith Electric Railway and Fort Smith Suburban Railway Company. Armour worked in both civil engineering and real estate, while the Fort Smith Suburban Railway Company was in the process of constructing eight miles of track around the city. On August 15, 1907, his and Fannieâ€™s daughter Caroline Elizabeth Armour was born. In 1908, he helped with the construction of the Fort Smith â€“ Van Buren Free Bridge. Sometime around 1908, he met someone who shared his interest in dancing, his future second wife, Jessica Jackson.

In 1911, already a trustee of the Fort Smith Public Library, Armour was elected to be the president of the Arkansas Library Association. On July 14, 1912, while Armour and his family were in their mansion (named Lone Pine) outside of Fort Smith, Fannie committed suicide by shooting herself in the head. Why is unknown. Later that year, Charles asked Jessica Jackson to marry him, and they were married on August 2, 1913, in Colorado Springs, Colorado. They moved back to Lone Pine, and on the 29th of May, 1914, Charles Webster Leverton Armour, Jr. was born. On August 7, 1916, Jane Armour was born.

In 1918, Armour and his family moved from Fort Smith to Elaine, Phillips County, Arkansas, because he was given the chance to manage a cotton plantation there. The cotton planters there mostly hired black sharecroppers, and they treated them very unfairly, and the summer of 1919 sharecroppers around Elaine formed the Progressive Farmers and Household Union of America, to push for fair treatment and protect black sharecroppers from racial violence, which was common. On September 30, the union was holding a meeting in a church. Although accounts of the situation vary, a shootout occurred between the African Americans guarding the church and three white men, resulting in the death of two of the white men: a railroad security officer and the Phillips County's deputy sheriff. The backlash was violent; a posse of 500 to 1000 white locals gathered and began shooting African Americans indiscriminately.

The Arkansas governor sent troops from Camp Pike to restore peace, arriving on October 2. The troops also murdered many African Americans, and rounded up hundreds to be interrogated by the cotton planters and others. C.W.L. Armour was one of the land owners who participated in the questioning, and during his final testimony in the trials of the union members charged with murder, Elaine mayor Sid Stokes said that C.W.L. Armour was present when Frank Hicks confessed to the murder of one of the white men who had been killed. Evidence was later uncovered that proved that the confession was tortured out of Hicks. The number of African Americans murdered during this time was most likely from 100 to 200, making the Elaine Race Riots the most deadly racial conflict in United States history.

C.W.L. Armour moved from Elaine to other cities in the next few years, taking various jobs. In 1923, he and his family moved to Little Rock, and Armour worked to advertise Nu Grape soda. He even had a car built into the shape of a Nu Grape bottle, which became well-known around Little Rock. After suffering hardship and bankruptcy during the Great Depression, he lost control of his car while driving on Kavanaugh Boulevard in Little Rock, and died at the scene of the accident, on August 16, 1937. 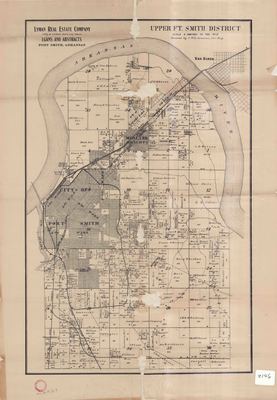