Interview of ex-slaves, Tom and Sarah Douglas, by Mildred Thompson and Carol Graham with the Work Projects Administration, about the Douglases' lives as slave. 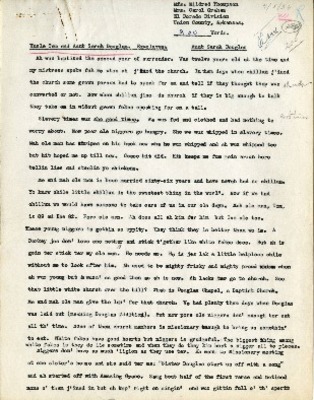