Interview of ex-slave Julia Fortenberry, by Samuel S. Taylor with the Work Projects Administration, about Fortenberry's life as a slave. 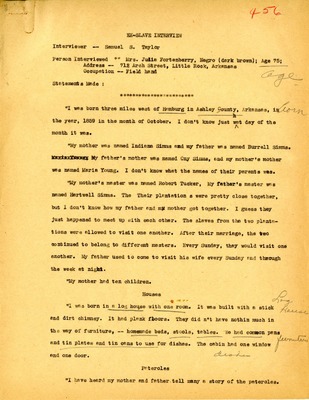