Advertisement, "What Does a Man Want"

Advertising booklet used by railroad company to entice people to move to Arkansas in the 1890s. The booklet focuses on agriculture, the climate, schools, and land.

Gardiner Andrus Armstrong Deane was the chief clerk of the land department of the Union Pacific Railroad (Central Branch). Deane acted in this capacity for several years, until he was promoted to assistant land commissioner, and later transferred to the operating department as assistant superintendent. In 1885, he became superintendent of construction of the Salina, Lincoln and Western Railroad branch of the Union Pacific. He remained here until 1891, when he accepted the position of land commissioner of the St. Louis, Iron Mountain and Southern, and the Little Rock and Fort Smith railroads, with headquarters in Little Rock. As land commissioner, Deane managed one of the largest areas of land under the control of an individual. He also raised trotting-bred horses, founding a stock farm in Frankfort, Kansas, in 1878.

The Woodward and Teirnan Printing Company was founded by William H. Woodward and Luke Tiernan in St. Louis. Woodward was born in England and immigrated to America as a young man and was later instrumental in helping to organize the 1904 St. Louis World's Fair. The printing company operated until the late 1950s. 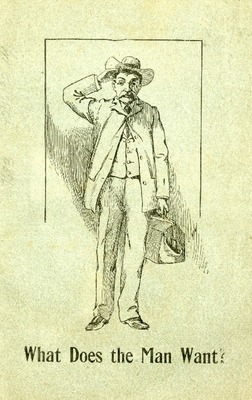