Black and white sketch of Daniel Ringo, including biographical narrative.

The first chief justice of the state of Arkansas was born in Kentucky about 1800… Moved to Arkansas in 1820. Served as clerk of Clark County from 1825 to 1830.. Admitted to the bar 1830… Began practice of law at Washington, Ark... Was partner of George Conway and later of Edward Cross. 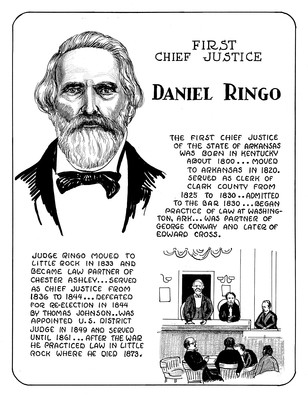