Color drawing of a blue flag with a white dove in the center. The dove has a banner in its mouth with the text "Vox Populi." 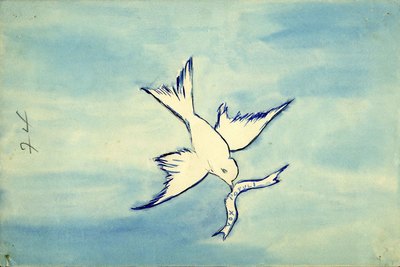