Color drawing of a red and green flag divided diagonally. In the center small white stars form the outline of a large white star. 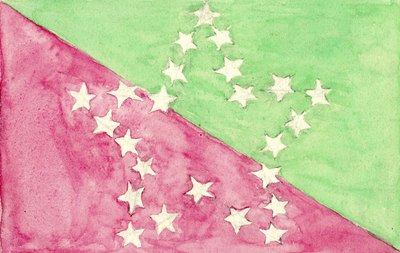