Color drawing of a blue flag with two cotton bolls, and the text "I'LL TRY, SIR" around the cotton. 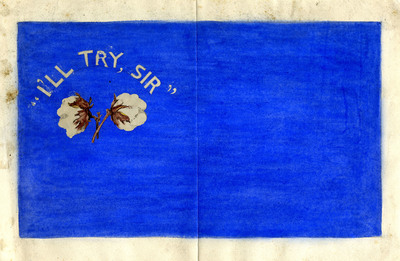