Color drawing of a blue flag with a white diamond in center. The white diamond contains a black bear with the word "Arkansas" under the bear. 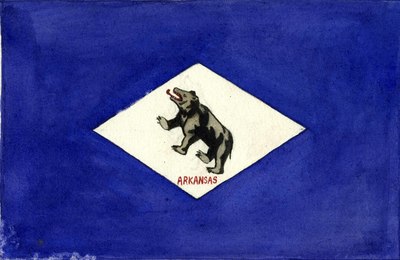