Color drawing of a blue flag with an "X" of white bars containing red stars. An apple blossom is in the center. 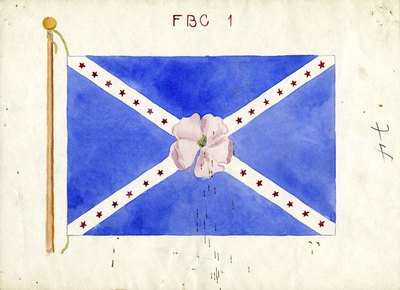