Color drawing of a blue flag with a white diamond in center. A wreath of apple blossoms surrounds a red star in the center of the diamond. 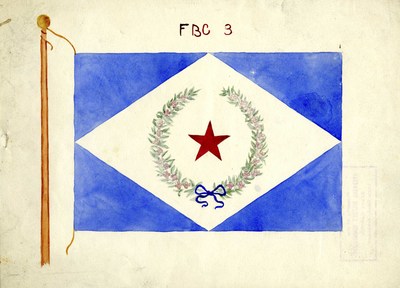