Color drawing of a red and blue flag with a white circle in its center. The white circle contains a blue sun-like shape, and two rows of red stars curving around the interior of the circle, and the text "Arkansas" and "26." 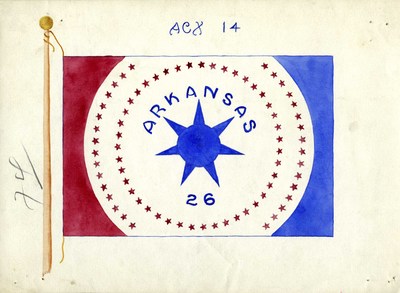