Postcard titled "AIRING OUT, CAMP PIKE, ARK." of beds and military gear sitting outside with soldiers and barracks in the background at Camp Pike, Pulaski County, Arkansas, ca. 1918. The back of the postcard lists the producer of the card as "C.T. American Art." 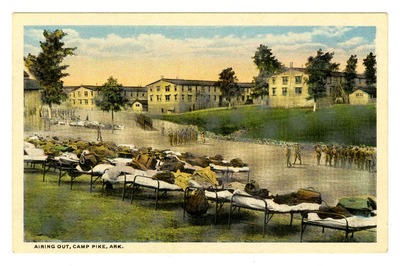