Logs and branches were carefully cut...

Photograph of fences and pergolas on unidentified building at Camp Pike, Pulaski County, Arkansas, 1920. A typewritten description on the back reads: "Logs and branches were carefully cut and trimmed, and from them rustic fences, porches, pergolas, and gateways were built." Camp Pike, Arkansas. 1920.” 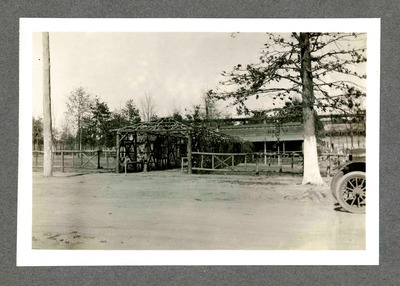