Photograph of the Quartermaster warehouse at Camp Pike. 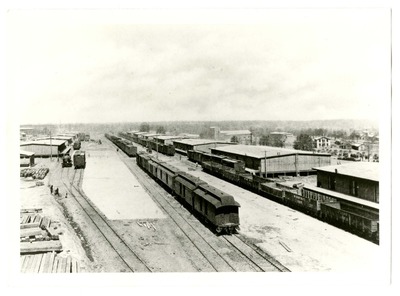