The image on this postcard is of many buildings (some possibly barracks), stacks of lumber, a stand-alone chimney with material stacked around it, men loading trucks with supplies, various automobiles, a cabin, and men walking at Camp Pike, ca. 1918. 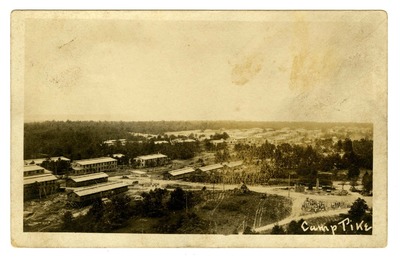