The photograph shows an entrance to Camp Pike, a building with a YMCA sign and "ADMINISTRATION 101" (left background), a camp store run by Pfeifer Department Store with a sign for "SHOE SHOP" on the back the building (far right foreground), various buildings, soldiers, female and male civilians, automobiles, and roads. 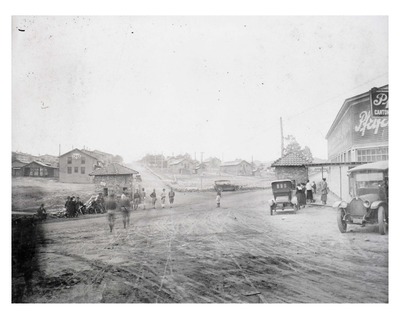