Henry Massie Rector, Sr., the sixth governor of Arkansas, was born May 1, 1816, at Fountain's Ferry, Kentucky. The son of Elias and Fanny B. Thurston Rector, Henry was their only child to reach adulthood. Elias Rector was a land surveyor and speculator, who had acquired land in Arkansas. Elias died in 1822, leaving Henry a New Madrid land claim, designating property located in Hot Springs, Arkansas, as belonging to Rector. In 1833, Henry went to school in Louisville, Kentucky. By 1835, he had moved to Arkansas to attempt to take possession of the Hot Springs land claimed by his father, but reserved by the federal government. Rector began to study law and established a law practice. He married Jane Elizabeth Field in 1838, and they had eight children: Frank, William Field, Henry Massie, Jr., Elias William, Ann Baylor, Julia Sevier, Fanny Thruston, and Ada E. After Jane Rector's death in 1857, Henry Rector married Ernestine Flora Linde of Memphis, Tennessee, in 1859. They had one daughter, Ernestine Flora Rector. Rector's political career began in 1838 with his appointment as teller of the Arkansas State Bank. In 1842, he was appointed acting United States Marshal for the district of Arkansas. He also served in the Arkansas Senate from 1848-1852, and on the Arkansas Supreme Court in 1859, before being elected Governor of Arkansas in 1860. Rector's term of office was shortened in 1861, when Arkansas seceded from the Union and a new state constitution was adopted. Governor Rector's term ended in 1862. At the end of the Civil War, Rector returned to Little Rock and his private law practice with John M. Harrell. He continued his legal battle to attain ownership of the lands he claimed in Hot Springs, Arkansas. His legal consultants included Sanborn and King, A.H. Garland, Robert W. Johnson, and Albert Pike. The United States Supreme Court denied his claim in 1876. Rector died August 12, 1899, and was buried in Mount Holly Cemetery in Little Rock, Arkansas. 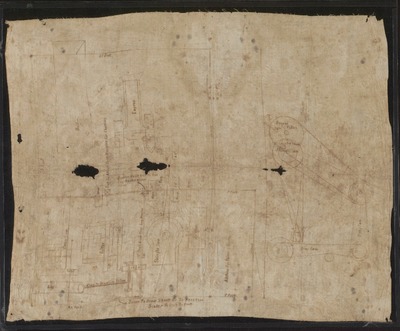