This photo was taken of the German Day delegation in Hot Springs, Arkansas, 1910.

German Day' is marked on October 6 in America, as the day that commemorates the beginning of German immigration into the United States. The early American colonies were seen as an opportunity for religious and political freedom for many German Quakers and Mennonites. William Penn wrote in both German and English about his plans to immigrate to the colonies, which he called a 'Holy Experiment', in order to attract religious-minded individuals to his experiment. A law student by the name of Franz Daniel Pastorius became interested in the idea, and gathered German families from Quaker and Mennonite communities to join Penn in his 'Holy Experiment'. On October 6, 1683, the first thirteen German families landed in the colonies. Pastorius became the founder of Germantown, Pennsylvania, which was the first permanent German settlement in the colonies. German Day in Arkansas was a big celebration for parts of the state with large German populations. On October 5, 1910, in Fort Smith, Arkansas, Governor Donaghey, Congressman Ben Cravens, and Count von Lehr , the German consul for St. Louis, all spoke at the German Day Parade. This parade was said to have had 15,000 people in attendance, despite the very heavy rain. 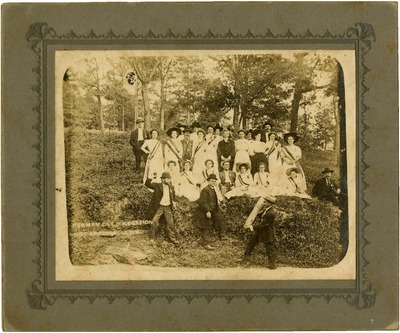