Incomplete block managers' meeting minutes for one of the Japanese-American relocation centers. The minutes are missing previous pages. 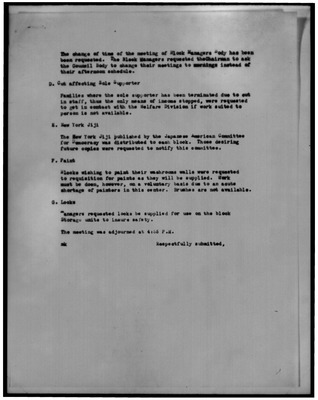