This letter details a meeting between Arkansas Governor Homer Adkins and Mr. Whitaker, the assistant regional director of the War Department. It states Adkins' demands for the state of Arkansas if the displaced Japanese Americans are relocated to Arkansas. 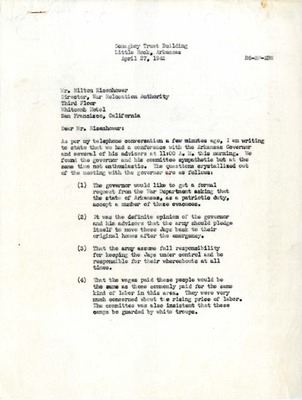