This is a letter to Hazel Retherford from an unknown sender from Arizona that appears to have been transferred to a relocation center there. 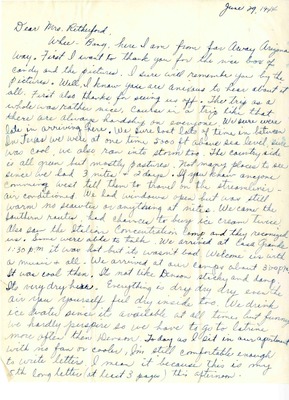