Newspaper article about the awarding of the bronze medal to Sueo Takahashi. 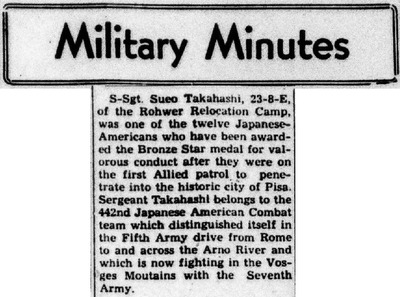