Newspaper article, "Predicts Slow Migration of Japs Back to Coast"

Newspaper article about the migration of Japanese-American back to the West Coast. 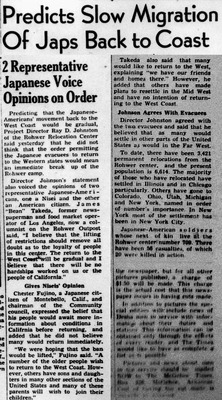