Newspaper article about the establishment of the USO in McGehee, Arkansas. 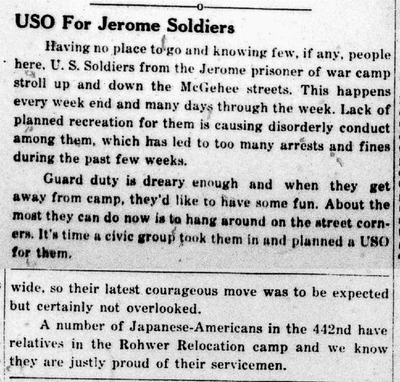