Article giving a brief history of the Japanese Americans interned at Rohwer during World War II with historic images of Rohwer Relocation Center and photographs from a memorial service held at the site. 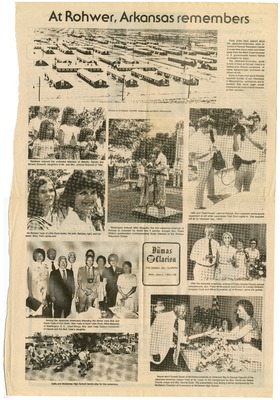