Article discussing concerns from Arkansans about Japanese Americans being relocated to Arkansas. Concerns include employment, land, and containment. 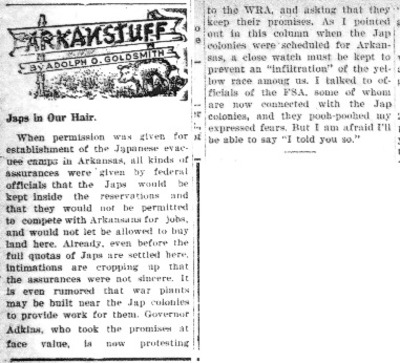