This article was written by Ruth Patway Vickers in 1951 with a contemporary viewpoint. The information in this article describes the conditions under which the Japanese Americans lived during their time in the interment camps and how they were perceived by other Americans. 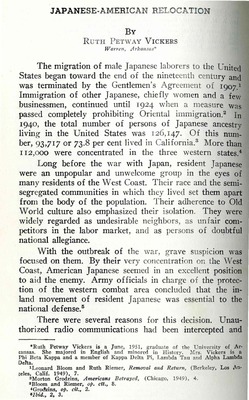