This is a historical statistical report produced by the reports division of the War Relocation Authority. 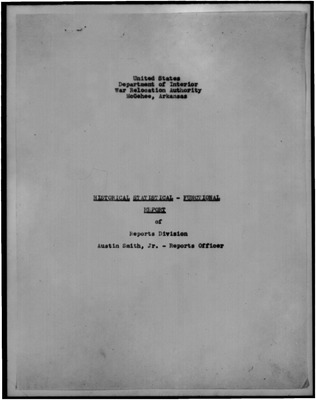